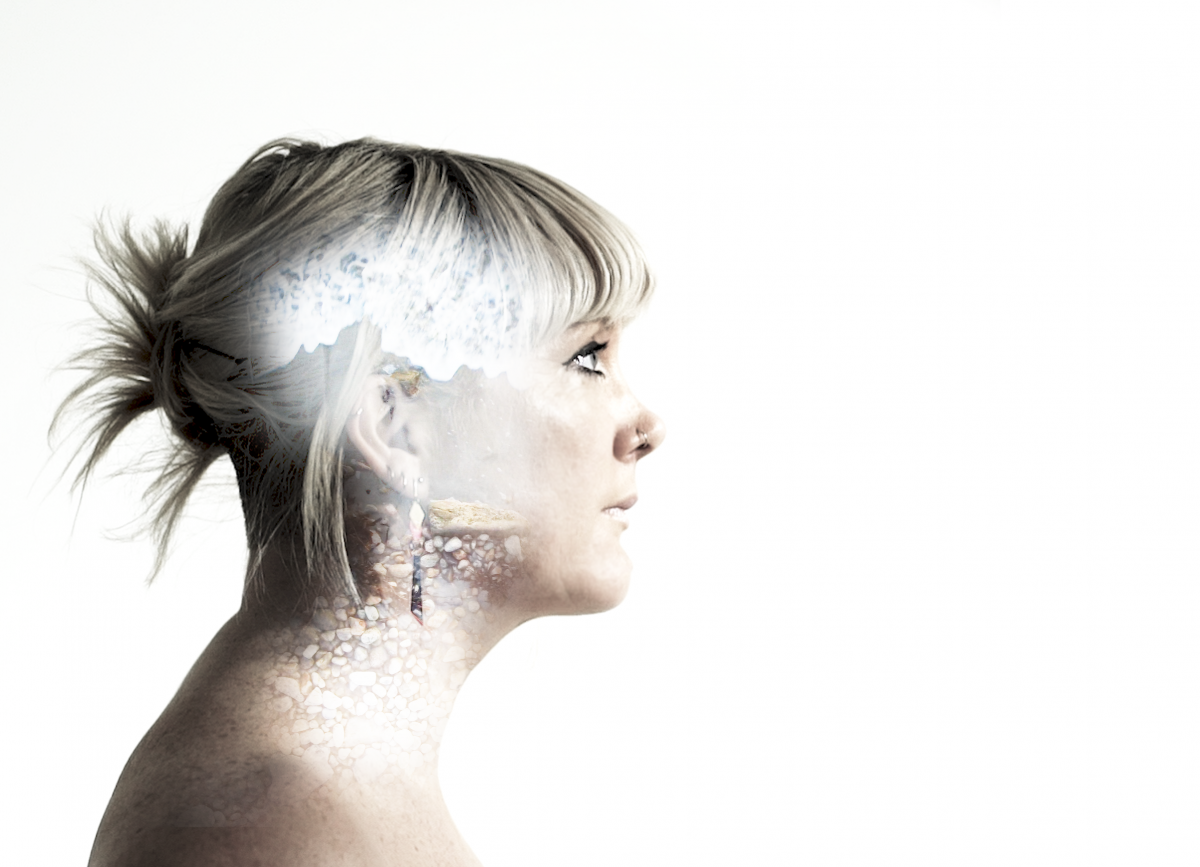 We caught up with Galway musician Tracy Bruen who has just released her much anticipated new song – “Better Than This” and also features in the beautifully curated film, Amhráin, a Galway 2020 Small Towns Big Ideas project showcasing a series of performances filmed at iconic locations in Galway city such as The Cornstore, Bell, Book & Candle, Salthill Bandstand and the Galway Arts Centre.

Tell us a little bit about your involvement with Amhráin?

Amhráin is a Citóg Records and Galway 2020 collaboration where some Citóg members are reworking their favourite songs from other Galway artists or bands throughout the years. I’m involved as a member of Citóg. It started with playing sets at the legendary Wednesday night Citóg gigs, in the Cellar and then the Róisín and then when Citóg formed as a community collective of Galway musicians I became involved quite early on.

Amhráin has been described as a nostalgic look at Galway. How much does Galway define you and your work?

Galway is every part of my work. I wouldn’t be playing music if it weren’t for the opportunities I’ve received here – be it through running the Open Mic in the Róisín, or being welcomed into the Citóg Records family. There’s maroon in my veins!

How has the Pandemic affected your work?

It has affected it hugely. I had just released a single which had gotten a decent amount of attention and was finishing off my follow up one to release that when the pandemic hit. There were a load of summer gigs that I was dying to announce – some stages that I had been waiting to play for years.  All of that ground to a halt and it’s taken the full year to get my follow up single out. On the plus side, I think that I have become less afraid of technology – I have had to figure out quickly how to live stream and to gain a basic understanding of recording equipment. I’m still nowhere near as comfortable as I should be with that side of things but before the pandemic hit I didn’t know how to connect an interface to a laptop!

Do you think the future of music and how people create has been changed because of the pandemic? If so, in what way?

Yes, I think one of the big positives that have come about from all of this is accessibility. So many of us have never really considered the privilege of being able to travel to play a gig or travel to watch a gig.  In the last year musicians everywhere have created recording and streaming setups in their homes and others who have not been in a position to access live music on a regular basis prior to the pandemic have had it opened up to them through pre-recorded concerts and live streams. Most of us are dying to get back on stage but I don’t think we can lose sight of the value of streaming either now that we have seen its power.

The Arts are undoubtedly what people turn to for solace in hard times, yet they have been largely dismissed and therefore decimated through this Pandemic. What are your thoughts about this?

Without art, this world would live in shades of grey. However, we live in a society that places value mostly on what capital your skillset can generate. We see the arts through a lens of what it can do for tourism, how it can boost the economy. We have lost sight completely of the value of arts for art’s sake.  It’s a scary time for artists who have lost livelihoods and a full year of work, who have felt the pressure from some grants that were offered to “pivot” their art into the digital sphere. The digital sphere isn’t suited to all types of art and though I’ve talked about its value, some of the early grants that offered money on that basis were an affront to the artists who were really in need. We need to be all focusing on the value of art and creativity to society not in terms of what we can earn off its back but in terms of how it enriches our lives and makes us better people. We now more than ever need to be considering a universal basic income so we can live in a country that truly supports and nourishes its creative population. 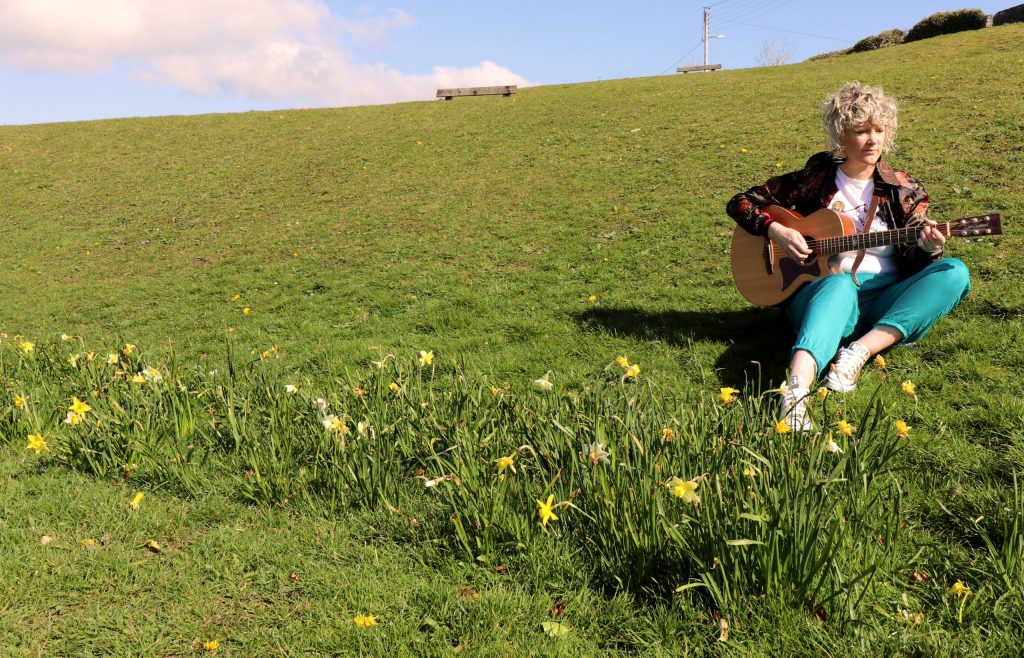 Can you tell us about any other projects you have in the pipeline?

I’m focusing a lot on my own music at the moment so I’m working on my follow up single – all the band are recording and arranging their parts remotely. I’m so lucky to work with such talented musicians who are up for any challenge really. David Boland and Eoin Dolan and I also have a youth music project going called Livefeed. We’ve been working hard with the young musicians in county Galway and in the city to produce live streams on Friday nights, pre-recorded shows from Nun’s Island and we have had a Livefeed Community Takeover on Flirt Fm as well which will be coming out shortly with our young people presenting. The project is coming to an end sadly, with the end of Galway 2020 but we are working like busy bees in the background to find out how we will keep it going.

Describe your ideal day in Galway, from when you wake up until you go to sleep.

I wake up with the sun streaming in on top of me and head out for a swim in Blackrock – one of my favourite places in the world. I’m definitely going to join the queue around the block to get the best brunch in town in Kai and then grab a coffee in Urban Grind and maybe sit at the small crane for a while with a pal or two, watching the world go by. Ideally, I’d have music practice with my band at some point. I loved practising in our kitchen last summer. It was such a joy and felt so normal again to be playing with other people. I’d probably wander down to my pals in Rúibín as well at some point maybe for a bit of dinner, definitely for a glass of wine but not too much because I’ve decided that it’s Wednesday and that means that I’ve to get ready for my gig in Taylors. I’m ending the day with a few pints of plain, tucked into the corner with two of my good pals playing Americana and country classics for the night. The American tourists are loving it. I walk home with my guitar on my back, happy out.

What are you most looking forward to when things fully open up again?

I want to be in a big field with all my mates with live music, sequins, and dancing. Or even a back garden. I’d like to be playing some of that music too but at this point, that’s not even a deal-breaker.

What has been your greatest learning from the past 12 months?

Slowing down is necessary and mental health cannot be ignored. Be gentle with yourself, I’m still figuring all of that out but it’s a start.

Amhráin, a Galway 2020 Small Towns Big Ideas project is a series of performances filmed at iconic locations in Galway city such as The Cornstore, Bell, Book & Candle, Salthill Bandstand and the Galway Arts Centre. Brought to you by members of Citóg Records, a music collective from Galway, Amhráin will take you on a nostalgic, yet eye-opening, tour of Galway’s public spaces, venues, independent stores and scenic outdoor locations. 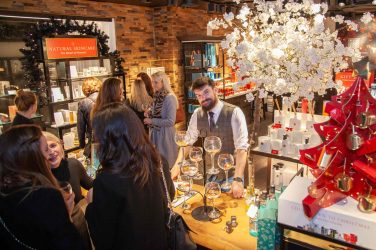 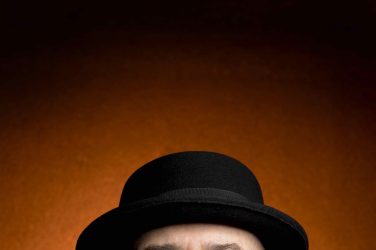 Galway Comedy Festival Is Back! 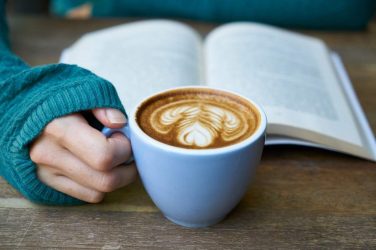