Wherever you go in Connemara, you’ll find spectacular opportunities to discover the great outdoors with so many activities available including kayaking, cycling, walking, golfing etc.

We have rounded up the top three must-see and must-do attractions to check out in Connemara. From a brewery visit to historical sites, this list of activities will keep you busy the next time you head to the west. 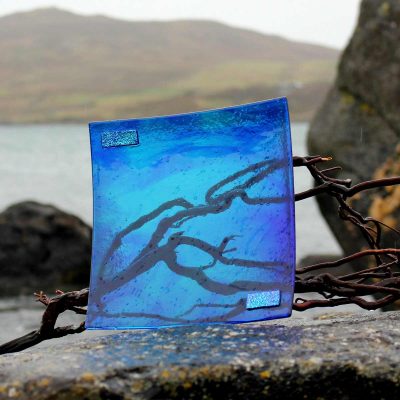 If you’re looking for an activity that’s unusual and fun for all ages (8 years and upwards) while in Galway, then be sure to sign yourself up for a fused glass workshop with Connemara Blue in Clifden. Located in the town’s Market Square, Connemara Blue is where glass artists Ben Crow and Wendy Debrock-Jeffries create their uniquely handcrafted art glass pieces which are highly sought after by discerning collectors worldwide. Experience the craft of kiln-formed glassmaking by taking one of their practical workshops. You can choose a 90-minute introduction or take an immersive full day experience. You can take home a real souvenir of your visit to Galway and with it many fond memories of experiencing this inspiring art form for yourself. 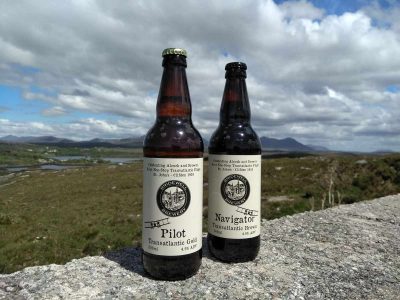 Located on Bridewell Lane in the heart of Clifden, Bridewell Brewery takes its name from Clifden’s Old Gaol or Bridewell, named after the first such Bridewell in London which was one of King Henry VIII’s palaces, Bridewell Palace. To celebrate the centenary of Alcock and Brown’s first non-stop transatlantic flight, Clifden’s Bridewell Brewery has brewed and bottled two limited edition batches of beer, aptly named Pilot and Navigator. The beers are named after Alcock and Brown, respectively, and were designed to reflect their contrasting characters and their shared similarities. As a nod towards both sides of the Atlantic, the brewery took North American beer styles of golden ale and brown ale and brewed them with the European equivalent of each ingredient. The resulting beers both won medals at this year’s Alltech Dublin Craft Beer Cup beer competition. 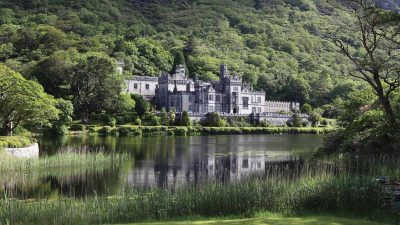 Located just one hour from Galway, Kylemore Abbey is one of Ireland’s top tourist attractions. Built in the late 1800s by Mitchell Henry MP, a wealthy businessman and liberal politician, Kylemore Abbey is now owned and run by the Benedictine community who have been in residence since 1920. Visit Kylemore Abbey to experience Ireland’s largest walled garden, history tours, wholesome food and delicious home baking in the Garden Tea House, as well as their craft and design shop which includes Kylemore Abbey pottery and award-winning chocolates.

On Tuesday, December 18th Fred Cooke and Steve Bennett will have the people of ...

With the summer season fast approaching, there are many ways to improve your hair ...