Influenced.ie is a first of its kind influencer marketing company in the West of Ireland created by Concordi Digital, a full service digital marketing agency in Galway city.

Influencer marketing has gained popularity in the UK and the US, so it was only a matter of time before it arrived here in Galway. The agency works by linking ‘influencers’ on social media across Ireland to brands, and have already carried out some very successful campaigns.

The agency focuses on GAA players, fitness stars and fashion and beauty influencers. Damien
Comer (Galway Football Captain), Shane Walsh (Galway Footballer), Conor Whelan (Young
Hurler of the Year 2017) and Gearoid McInerney (All Ireland Hurling Champion 2017) are signed
with the agency, along with the likes of Brendan Maher (Tipperary Hurling All Ireland Winning
Captain) and Kyle Hayes (Young Hurler of the Year 2018).

Michael Coyle is the founder of Influenced.ie & Concordi Digital and is working with GAA players across Ireland, in a bid to reward them for their year-round dedication to the sport.

The Influenced PR Official Launch will take place on Friday November 30th in The Loft at Seven Bar, Bridge Street, Galway. The event will be attended by GAA players and influencers across Ireland and will be proudly sponsored by Jameson.

Influenced PR have also recently created a branded clothing range called ‘Influenced Clothing’ which launched on Black Friday, and is available to buy from www.influencedclothing.ie

Each month, we look to our extremely stylish Editor, Lauragh Quinn for the latest ... 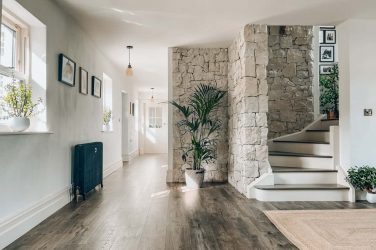