The Galway Film Fleadh is a six day international film event in the West of Ireland. Each July, a mad diversity of filmmaking from all around the world arrives in Galway city, bringing masters of the craft and everyday cinephiles together within an intimate environment to celebrate a shared passion for film.

This selection of seven shorts ranges from modern drama and comedy to films celebrating the cinematic convergence of individual art forms. This programme features student film and work from more established filmmakers.

A Deal With The Universe

In 2010, former BFI Flare programmer Jason Barker took to the stage sporting a rather impressive baby bump. But, while Jason’s pregnant trans-male body was a thing of true beauty, beneath the bump was a much bigger story dating back many years.

In his debut film, assembled entirely from home video footage which he and his partner Tracey shot over the course of a decade, Barker tells the fascinating story behind their journey to conceive.

Melanie Thomas is an American artist whose latest show recounts the infamous Irish urban legend of Father Alistair Burke, who painted a portrait of eight-year-old Siobhan Callahan in 1986. Days later, Siobhan went missing on the very morning that her figure miraculously vanished from the painting as well. Though absolved of any wrongdoing, Burke abandoned the priesthood and went into self-exile.

After receiving a bad review before her opening, Melanie is contacted by the reclusive Burke, who offers to fly her to Ireland to create a new sculpture that he will help her to sell while she’s there. Telling no one where she’s going, Melanie never stops to consider that some urban legends may be real.

The Galway International Arts Festival have recently announced some very impressive acts lined up to perform ... 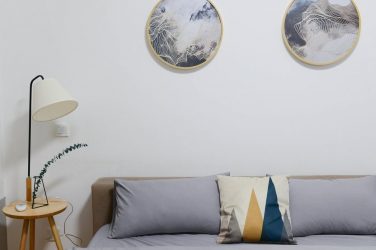 Home Sweet Home: What’s Trending in The World of Interiors

With September creeping in, there’s a real sense of renewal and refresh in the ...