The National Tourism Development Authority is injecting €6.64million to develop a new state-of-the-art museum in Galway City.
The Galway City Museum, located at the historic Spanish Arch, will be
redeveloped and rebranded as the Atlantic Museum Galway.

According to Fáilte Ireland’s Head of Attractions Mary Stack the
investment will “transform the Spanish Arch district of Galway City
and is expected to generate €29.3million in revenue for the region in
its first five years of opening”.

The new three-storey interactive museum will be created at Comerford House, next to the current Galway City Museum, which stands on the left bank of the River Corrib. It will highlight the influence the Atlantic has had on the people, cultures and traditions of the once known ‘Merchant City’. Through cutting-edge technology, visitors will have the opportunity to immerse themselves in the history of the merchant tribes, Claddagh Basin and Spanish Armada.

Central to the new tourist attraction will be a viewing point at the
top of the Spanish Arch to allow visitors to take in the spectacular
vista of Galway Bay, the Claddagh and the River Corrib. The square between the Spanish Arch and the existing museum will be remodelled into a new public space that will bring all elements of the attraction together.

Ahead of his visit to Galway City Museum today, Minister of State Seán
Kyne, said:
“The Atlantic Museum Galway will be a hugely significant new
attraction for Galway, the Wild Atlantic Way and Ireland. Projects
like this, and many others across the country, are critical not only
for regional growth but for reinforcing Ireland’s reputation as a
top-class visitor destination.”

So, November in the garden. What that means depends a lot on where your ... 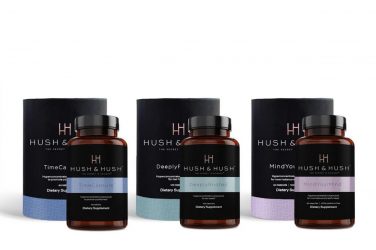 To celebrate the launch of the brand new range of supplements from Hush & ...