If you’re among the many people who believe that food tastes better outdoors, then you should make a beeline for the Connemara Green Festival in Letterfrack. Taking place on the weekend of the 12th to the 14th of October, it is a flagship event for Galway, West of Ireland European Region Of Gastronomy 2018. Many of the events having a ‘foodie flavour’, highlighting the wide variety of local artisan food producers in the region.

The theme this year is ‘Eating for Conservation’ and the festival’s fund-raising project is to raise awareness of the conservation of the freshwater pearl mussel.

The festival officially opens at 6.oopm on the Friday with a free event titled ‘A Taste of the Forest’. Starting from the Country Shop in Letterfrack village, this ramble takes in the new stages of the Atlantic View-Woodland Walk, allowing you to work up an appetite before enjoying a forest barbecue.

Among the many other events with an enticing foodie flavour is a Vegetarian Cookery demonstration by the president of the Vegetarian Society of Ireland, Maureen O’Sullivan. It is expected to attract big numbers at 12.00pm on the Saturday in Ellis Hall, Letterfrack, when you will get to taste Maureen’s unique take on vegetarian dishes during the two-hour event.

The festival closes with another food highlight in the form of the event ‘Farm To Fork – Experience Green at Rosleague Manor’ at 4.00pm on the Sunday. Enjoy a walk and talk while tasting delicious bites of local produce including Rosleague Manor’s free-range Tamworth pork, Dooncastle oysters and Bernard King’s organic mountain lamb. The meeting point is Rosleague Manor car park and booking is essential for this event by phoning 095 41101 or emailing info@rosleague.com.

For more details, including booking information, see the official website where you can also view the full 2018 programme. 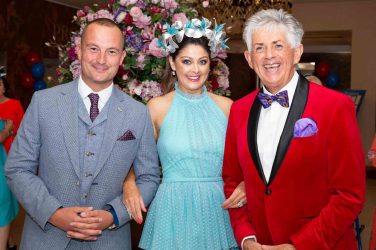 Exclusive Social Photos: Prom to Paddock at the Salthill Hotel

Galway is undoubtedly one of the top travel destinations in Ireland, full of astonishing ...