Celebrating their 10 year anniversary, Galway’s Fashion Oscars are set to return to the The Galmont Hotel & Spa Galway on March 14th 2019. Goldenegg Productions are now accepting entries from emerging and established designers to be included in the Irish Fashion Innovation Awards, their prestigious flagship fashion event in Galway City.

Described as ‘The Fashion Oscars’, the Awards are taking place on March 14th 2018 at The Galmont Hotel and Spa Galway. Recognised as a launching pad for Ireland’s most talented designers, the event attracts entries from promising fashion creatives competing for the prestigious Awards. The Irish Fashion innovation Awards continually aspire to showcase the most cutting-edge designers, giving up-and-coming designers an invaluable connection to the public.

A shortlist of aspiring designers and students from fashion colleges throughout the country will showcase their top designs at the 2019 Irish Fashion Innovation Awards in the hope of being crowned winner across the following six categories:

Founded by Patricia McCrossan of Goldenegg Productions, the Awards give visibility, support and a voice to design talent throughout Ireland, offering an unrivalled opportunity for their work to be shown to a jury made up of fashion design experts. The awards, now celebrating their 10 year anniversary are set to be the most exciting year yet says McCrossan:

“This will be the 10th year at the Irish Fashion Innovation Awards and we are excited to create an exceptional, unrivalled, innovative fashion event for guests and designers alike. We are passionate about championing upcoming Irish designers and providing a platform for them to reach their full potential. This event is such an important fixture on the Irish fashion calendar”. 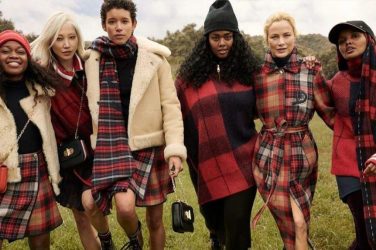